The Ancient Order of the Nobles of the Mystic Shrine was conceived in New York City in 1872 as a fun fraternal order for men who had completed requirements in Masonic organizations. In the early 1900's, membership spread into Canada, Mexico and Panama. Today, Shriners International is a fraternity with nearly 200 temples in several countries, thousands of clubs around the world and hundreds of thousands of members dedicated to the principles of brotherly love, relief and truth.

The idea to establish hospitals for children was brought to the membership in 1919. Through the remarkable foresight, commitment and fundraising skills of the Shriners nearly one million children have been treated at one of the 22 Shriners Hospitals for Children across the United States, and in Canada and Mexico.

Land was acquired on the old Schenley Farm (in Oakland) and ground was broken for the original Syria Mosque on April 20, 1915 and the cornerstone laid June 19. The building was formally dedicated October 23, 1916.

It was recognized as one of the best examples of "exotic revival architecture." The 3,700 seat Syria Mosque ushered in a grand era of social and ceremonial events, and for nearly 75 years it contributed greatly to Pittsburgh's cultural life.

A movement began in the late 1980's to replace the aging structure with a new facility that offered greater amenities to suit the needs of its members and its special events business. The Syria Mosque went up for sale in June of 1989. The building was demolished August 27, 1991.

Great effort was spent to retain some of the classic features of the former Mosque, such as the twin bronze sphinxes which guarded the entrance and the immense chandelier which hung in the auditorium. 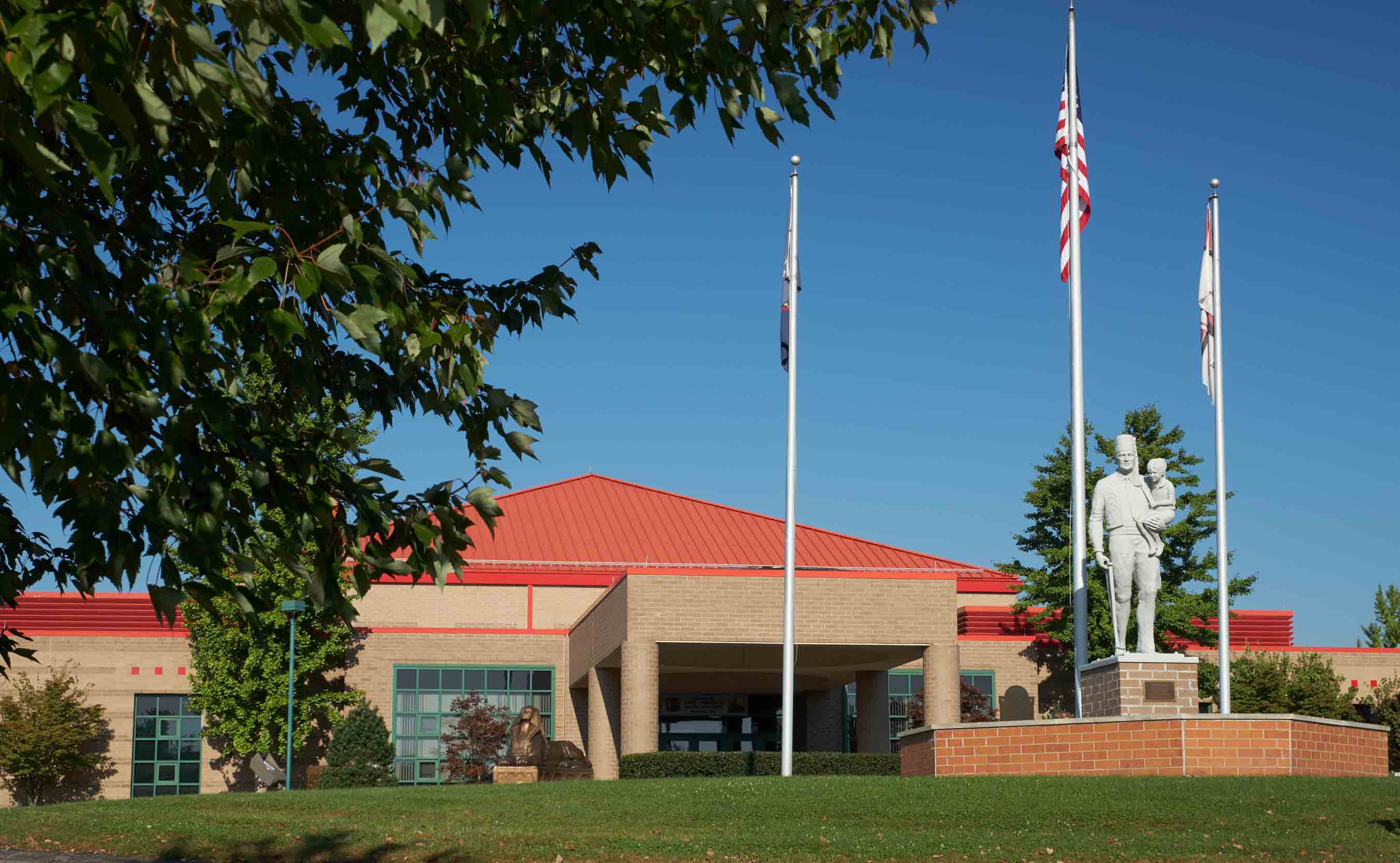 In 2017 the facility proudly announced it had undergone a rebranding. This included the debut of a new website developed to enhance the event planning experience for its clients. Sometimes known as the Syria Shrine Center, The Pittsburgh Shrine Center name was chosen as a reflection of the mutual admiration shared between this historical venue and its generations of clients from Western Pennsylvania.

In addition to administrative offices and meeting rooms, the Pittsburgh Shrine Center features a three-tiered, 11,500 square foot ballroom/auditorium that can accommodate up to 1,000 people.

Beyond its role as a hub for Syria Shriner activities, the Pittsburgh Shrine Center is available to the public as a venue for banquets, weddings, wedding and bridal showers, concerts, pageants, stage shows, trade shows, dinner theater, group meetings and other business and social affairs.

Fill out our form below and a seasoned events planning staff member will contact you right away to discuss your event details and requirements.